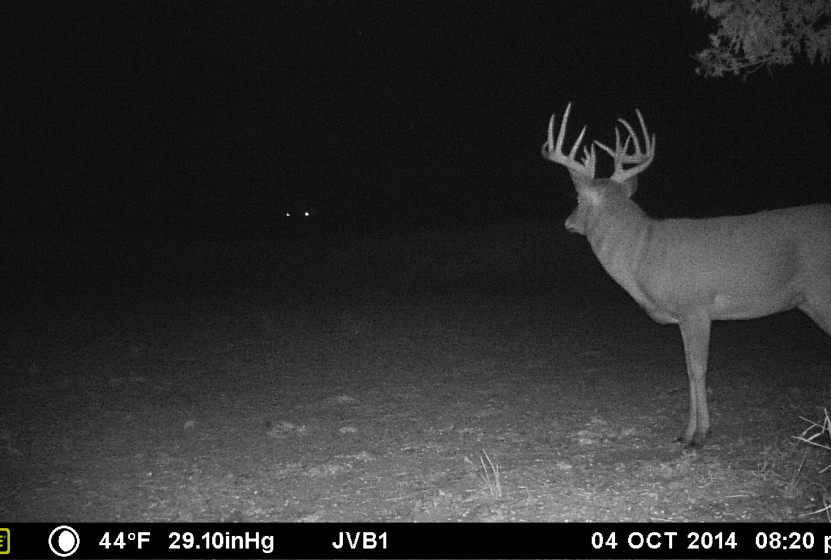 Being only 25 years old, I can hardly remember hunting without trail cameras, and after using them for the past 10 years, I don’t know what I would do without them.  Trail cameras have completely revolutionized how we scout/monitor properties, and besides helping us pattern big weary bucks, they also have added a different element of excitement in the off season.  Setting and running trail cameras is almost as exciting as the hunt to me, and with them growing more and more in popularity, I wanted to share my review on the camera I’ve had the most success with (which basically means the least problems).

With trail cameras being offered by nearly every company out there, and dozens of different features and price points, it can be hard to sort out which brand has the most bang for your buck.  I typically run 8 trail cameras for 6-8 months out of the year, and have used Browning, Reconyx, Cuddeback, Moultrie, Predator, Wildgame Innovations, and Covert.  I have currently switched most of my trail cams to Moultrie’s M-990i and have had fantastic luck with them.  Retailing at $199 (you can find them on the internet for closer to $160) you get a compact camera with nearly every feature of a $500 Reconyx.

One of the most important things to me is simplicity, and with the M-990i, you simply can’t screw it up.  Using the 2 inch full color LCD display screen, you can see exactly where your camera is aimed and what may trigger the motion sensor.  Arming the camera simply takes you switching the camera to “on” and pressing start on either picture mode (video also available), time-lapse mode, or both.  One of my favorite things with this camera is that it displays the specs you currently have the camera set for, such as trigger interval, quality, picture or video, photo burst (up to 3), and battery life before you ever press start and arm the camera.  Showing the current settings allows you to always know how your camera is set and makes it easy to change.  For example, I like to use a longer trigger interval over a mineral lick because I assume that the deer is going to stop for more than 5 seconds. This keeps me from getting hundreds of pictures of the same deer if it stands at the mineral lick for over a minute, an

d can be especially important over something such as a corn pile which can attract coons, crows, and every other living creature.   Conversely, I like the fastest trigger interval if my camera is set on a trail because I am trying to get as many pictures as possible as they walk by.  I know they will not be hanging out consistently in front of my camera so I’m not worried about getting hundreds and hundreds of unwanted pictures.  Accessing the settings and adjusting them on other cameras I have used was extremely difficult in most cases compared to the Moultrie’s. I often found myself leaving it on one specific setting no matter what in fear of screwing something up, and never really knew if I had actually adjusted the setting.

Obviously one of the most important things with any camera is picture quality.  The M-990i takes extremely clear pictures, and I would put its night pictures up against any other camera on the market.  I rarely have blurry or fogged over pictures compared to my previous cameras, and the flash range seems to be true to what they say it is, which is not the case with some of the other brands.  With the No-Glow LED flash, you can choose either reduced motion blur (for extremely clear night pictures) or extended flash which gets you up to 60ft of flash range.  Both have their uses; with the extended flash range working better in open fields and the reduced motion blur working well in the timber.  One problem I had initially with the camera was the flash was not triggering right at dusk, or triggering way to much (causing white-out pictures), but after updating the software on the camera this went away.

The last thing I like to point out with this camera is that you can playback your pictures on the 2 inch color display.  This is really handy when checking trail cameras near a stand.  I will often grab a trail camera on the way to my stand, scan through the pictures while sitting, and then return the camera to the tree it was on.  While looking at the pictures, I often will delete the ones I don’t want to keep more space available on my SD card.  By being able to check the pictures without always pulling the cards, I can keep my cameras out longer and don’t have to buy dozens of SD cards to always switch them out with.  Video of M-990i in action

For the money, I don't think you can beat this camera. At $200 it contains all the features of a high end camera with picture quality that is hard to beat. Give one a try and let me see your pictures!